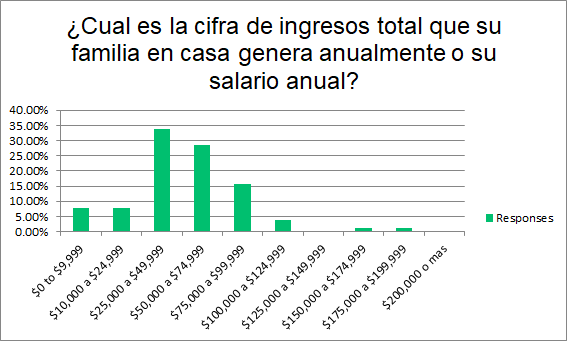 From May 2nd to May 5th of 2020, I gathered data with an online survey administered with the help of Mexican based Data Analysts who helped me recruit participants and review the data. My goal was to understand how COVID-19 affected my community’s economic status and employment prospects.

The descriptions here apply to 77 confirmed Mexicans, with 48 Mexican individuals verified through known connections and ‘friends-of-friends’ in social media. The overall sample was larger than 160 individuals surveyed online. All were Spanish speaking, thus, classified as ‘Latino’ at a minimum if they did not opt into the ‘Mexican’ category.

Ultimately, we suspect that the salary prospects of Mexicans during the COVID-19 lockdown were mitigated by their participation in the construction and education sectors of the economy.

We wanted to maximize privacy, but understand the moment faced by the Mexican community. During this time period, remittances to Mexico broke records. Unfortunately, many erroneously attributed Mexican resilience to a meager and occasional stimulus check. Those Mexicans with deeper ties to Mexico tended to not have access to the stimulus check; their legal status as economic migrants would not support the idea.

There was also an additional need to hone in on Mexicans specifically, as most research tends to homogenize distinct communities under ‘Latino’. In this research, the outcomes for the entire population of Spanish speaking individuals with ties outside of the US are worse than what is presented in this report.

Ultimately, the data found within this survey is in harmony with the fact that Mexicans somehow found more work or income to send as remittances to Mexico during the multiple lockdowns.

To confirm we were indeed surveying self-identified Mexican individuals, we administered the survey in Spanish; we also exclusively distributed this survey within closed networks of the Mexican community. However, we also went through a paid-tier of Survey Monkey to examine whether those results remained consistent or affected the overall trajectory of the average salary range for Mexicans in the US. The act of including Survey Monkey participants raised the minimum average salary range too.

Due to mandatory social distancing, the usage of online survey methods was the only acceptable way to take a survey data-based snapshot of our community.

The survey results indicated that about half of Mexicans were not impacted in their employment or hours worked during the Coronavirus due to their links to education, clerical, health and construction sectors.

From the ‘most-trusted’ group of 48 survey participants who were verified through social media and prior in-person interactions, we determined that the average salary range was from US 47,347 dollars to 67,243 dollars for Mexicans. Including, the Survey Monkey group raises the lower range to 48,000 and upper range stays flat.

If we remove individuals who are underemployed due to their status as students, restaurant workers (many of whom received some moderate amount of unemployment or switched sectors), then the minimum average salary is raised to over 56 thousand dollars.

Thus, we could surmise that the average Mexican is making over 56 thousand dollars if active and fully employed in the labor market.

To be more exact, here is the average salary range for the fully employed Mexicans surveyed:

48 percent of the Mexicans surveyed make over 50000 USD annually:

Survey participants were asked which salary range their annual income fell under. Nearly half of Mexicans surveyed selected more than 50,000 annually.

When averaged out, the bottom range for an Average Mexican salary – for the participants surveyed in both SM and via closed networks – is 48571 US dollars annually to 67243 dollars annually:

If we included Survey Monkey based participants, we see a bump in Mexican minimum salaries jump to 51000 dollars annually.

The Coronavirus impacted about half of the Mexicans – mostly women – surveyed when it came to the number of hours worked. Those who were impacted tended to have major losses in hours worked. The rest lost between 1 to less than 20 hours of work.

Our numbers vary due to the exclusion or inclusion of Survey Monkey based respondents. If we went outside of our vetted participants, we received noisy data from individuals who can not be confirmed as Mexican or whom may not be operating in good faith. Nonetheless, income averages creeped higher and unemployment rates lowered when including these unvetted Mexicans.