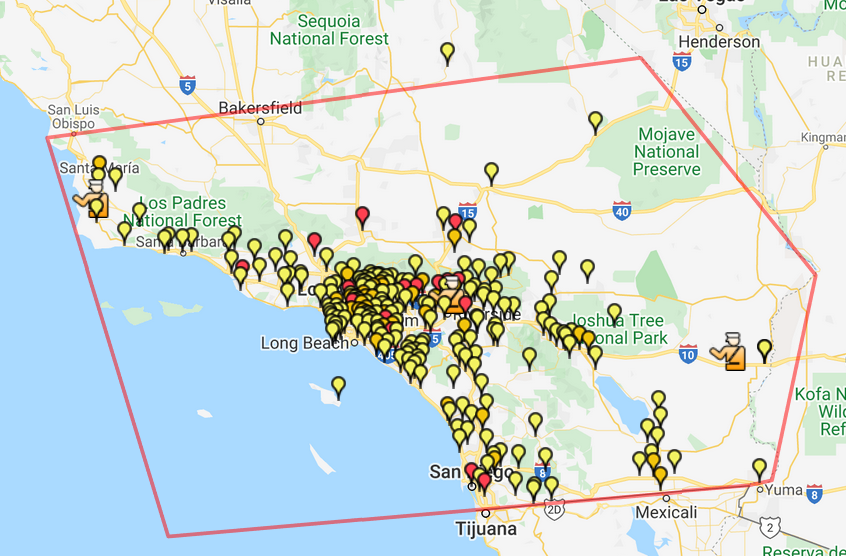 Riverside, San Diego and Orange County all banded together to force the state create these exceptions on targeted reduction of activity in May-July of this year. They also have been very late to basic standards on mask usage which just this month of December became more or less mandatory or recommended. For example, Santa Ana city council has just now mandated mask usage.

Ultimately, these obfuscations on what should be standard or not have led to many going unmasked, gathering because the mixed messaging gives them an inclination to eschew all safety standards occasionally. With special occasions popping up related to the holidays, it makes sense we would see this occasional double surge on numbers that were already out of control.

The persistence of numerical data, however, has been one of the ways for me to cope and make sense of this Covid-19 situation. I have tracked for 7 months now the surge and overall development of Covid-19 infections and deaths in my home region: Southern California. The device is called ‘Chicano.Press‘, and we have surpassed the million mark at the time of this writing.

It is from this vantage point that I make the following observations; through the lense of a persistent infection and death toll that doesn’t dissipate in any way.

On Tuesday, Riverside County published material denigrating “constantly changing” state requirements as if the changes were all induced from the state. However, the entire time, the counties have been toying with standards and forced a harder stance from the state. CA is at 90 percent ICU usage.

We should note that if any county gets into too much trouble, the state of California has to intervene. In Imperial County, for example, the state and local public health agencies were forced to distribute patients between San Diego and Riverside once Imperial was at capacity.

In San Diego, San Bernardino and Orange, the counties have neglected to publish death counts by city, which would hint at treatment results for vulnerable populations. In others words, these people are terribly neglectful and explicitly so, since San Diego county explicitly said they wouldn’t publish as a matter of “privacy”. For who? Thankfully, Riverside publishes that death per city data but not without disputes between Riverside County supervisors and Dr. Cameron Kaiser’s staff.